It's almost Halloween and I've been thinking about Living Dead Dolls from Mezco Toys.  Once upon a time I wanted to collect them but just never got started.  I bought a few but turns out I'm selling them on eBay instead of keeping them.  I need the money and the space more than the dolls. 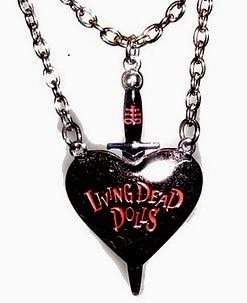 In the meantime I started making a list of the entire series.  I've only got the first few in the series but I'll add to it as the mood strikes me.  Probably every time I think about decorating for Halloween.
You can click on the pictures to make them larger for viewing.

The Theatrical Attired - A black and white closed-casket version was randomly inserted into factory-sealed Series 5 cases. 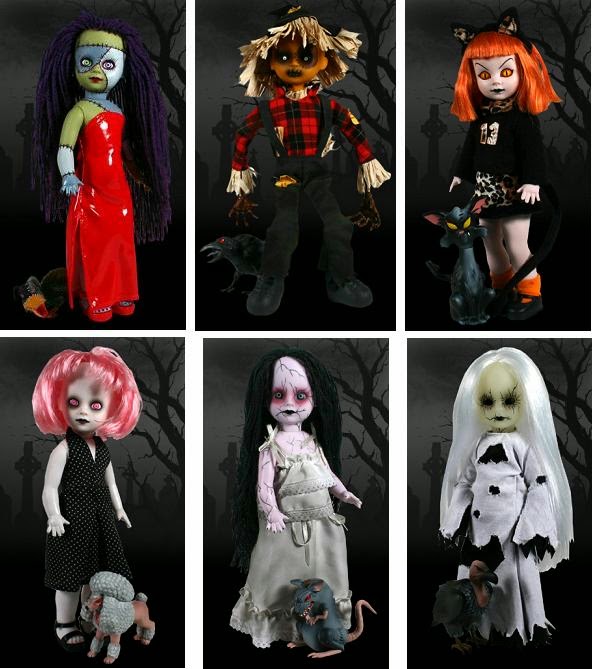 Each Series 6 Beauty Came With A Pet - Series 6 included six Living Dead Dolls instead of five. 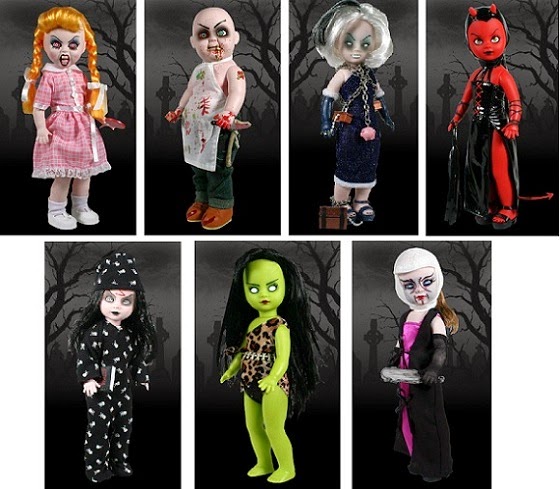 This series was inspired by the Seven Deadly Sins.